Database Migration to AWS With No Downtime

Database Migration to AWS With No Downtime 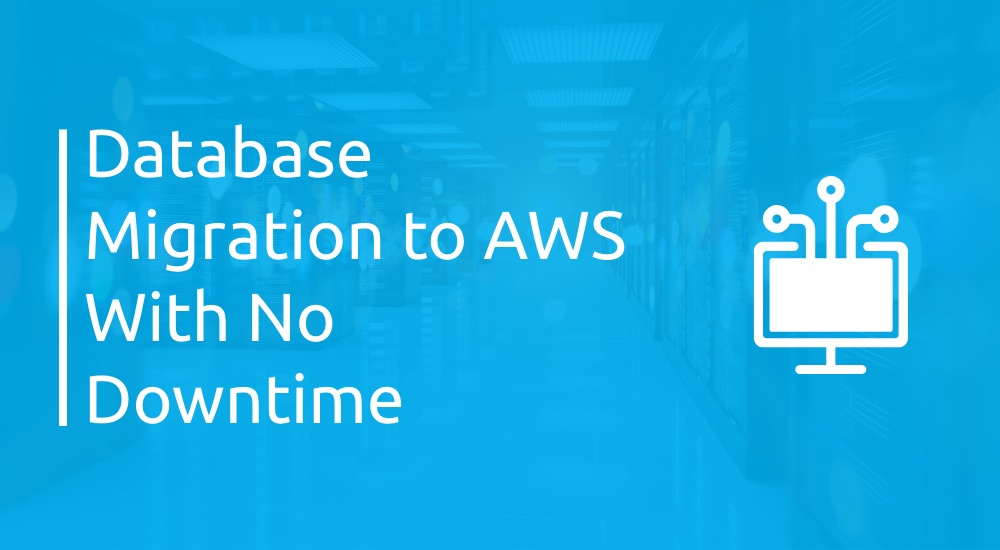 The goal of any migration is to minimize downtime. With the help of Amazon Web Services (AWS), we can virtually eliminate downtime in database migrations.

The tool we are using to perform database migrations is called AWS Database Migration Service (DMS); it helps us migrate clients' databases to AWS quickly and securely.

AWS Database Migration Service is very versatile; it enables us to easily migrate data to and from most of the widely used open-source and commercial databases. Homogeneous (Oracle to Oracle) and heterogeneous (migrations between different database platforms such as Oracle to Amazon Aurora) migrations are both supported. We can migrate on-premises databases to Amazon RDS or Amazon EC2, as well as one RDS database to another RDS database or even from SQL to NoSQL.

The AWS Database Migration Service is a purpose build tool that constantly monitors all sorts of parameters such as source and target databases, network connectivity, and the replication instance. In the case of interruption, it automatically restarts the process and continues the migration process from the previous point. Once the tool has been prepared, we can even create a test run before performing the actual migration procedure.

AWS Database Migration Services is used to migrate data between on-premises and cloud environments; there are two situations when this is useful for development and testing. The first situation is when we have a production system on-premise while we keep development, test, or staging systems on AWS. Data is copied from on-premise systems to AWS allowing developers and testers to use copies of real production data. The second situation is when we have a production system on AWS, while development and testing is done on-premise. Data is migrated from AWS to on-premise systems either once or continuously.

Another good use case for AWS Database Migration Services is database consolidation. Database consolidation is a process in which we consolidate multiple databases into a single target database. The feature can be used for all supported database engines, both for homogeneous and heterogeneous migrations. There are many possibilities for implementation. The source databases can be located on-premise, or in Amazon EC2 instances, or it can be Amazon RDS. The target database is a database in Amazon EC2 or Amazon RDS.

AWS Database Migration Service can be used to perform continuous data replication; this is useful for Disaster Recovery instance synchronization, geographic database distribution, and Dev/Test environment synchronization. Data can be replicated both homogeneous and heterogeneous.

AWS is the largest hyper cloud provider with a share of 60% of the global cloud market. The company is very customer-oriented and understands the pain points of various IT systems. That's why they build tools, services, and solutions that help us easily solve problems that were previously very hard and complicated.

Sedmi odjel, as an AWS partner and solution provider, guarantees the highest quality IT services based on AWS. Through the AWS partner program and the constant development of our relationship with AWS, we ensure that you have the best AWS experts and all the support you need to build stable, reliable, and scalable IT systems.

What Is the Best Cloud Migration Team Structure?

What Are The Most Important Cloud Migration Metrics?

Continuous Delivery in DevOps: What It Is & How It Works