DevOps Topologies: How Teams Are Organized

DevOps Topologies: How Teams Are Organized 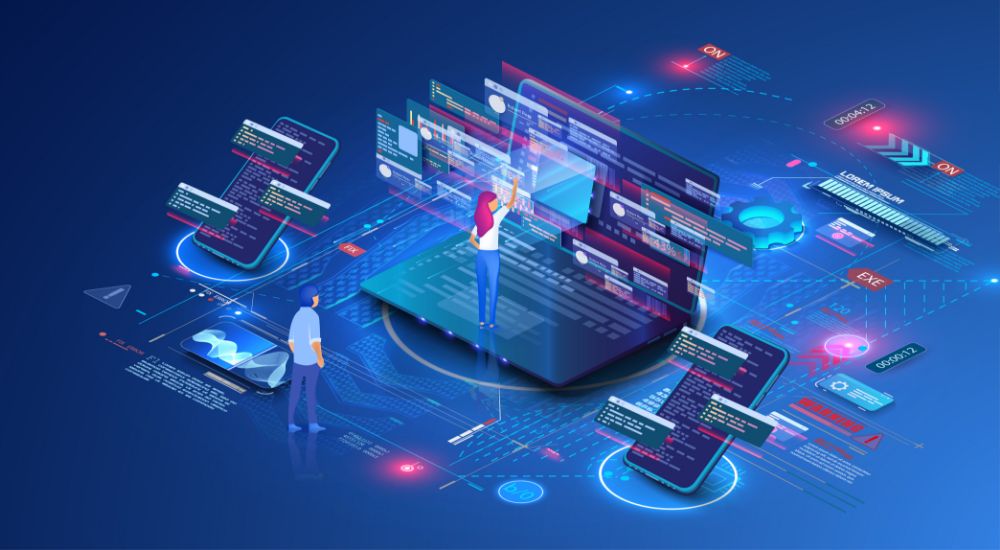 The aim of DevOps setup is to amplify the value of both customers and businesses. Other benefits include automation expansion and management of various tasks, including configuration. Businesses might require their teams to be organized in different structures for Dev and Ops to achieve successful cooperation.

Obviously, every organization needs a special approach regarding team topology. Therefore it is useful to specify a smaller variety of team topology models so that you can determine which one best suits your business criteria.

Sleek Cooperation Between Dev and Ops

With both Dev and Ops teams specializing in different areas and sharing information with one another, this topology type promises successful cooperation. For this model to work, significant organizational changes should be implemented. This type of team organization requires an effective purpose that is clearly stated. Ops need to be compatible with Dev and be able to tackle test-driven coding.

Furthermore, Git and Dev should take cognizance of operational features, as well as request input into logging implementations from the Ops team. This DevOps cooperation model guarantees high efficiency for businesses with powerful leaders in the field of technical management.

In this topology operations employees have been consolidated into other teams. Due to a minor partition between Dev and Ops, all teams are extremely concentrated on a shared goal. This can be classified as a subtype of the previous type, but with additional special features. It presents a great business opportunity.

It is amazing for businesses with a single or narrow product focus. For example, Facebook had major success with this model. However, for numerous product streams, this model is not enforceable. The reasons why are the budget limitations and context changes present in businesses with a broader spectrum of products, which could result in Dev and Ops drifting away. This topology model is unique because there is virtually no existing Operations team.

This topology model is based on the belief that businesses with a communication problem between Dev and Ops should have a separate DevOps team to work on solving that issue. Such a team is also known as 'DevOps Advocates' because of its tendency to spread awareness of its procedures.

If your business has a more obsolete and traditional approach to business management with no intentions or opportunities to change, this topology is a great solution for you. It is also excellent for those who have the entirety of their applications stored in the public cloud.

In this case, Operations should be approached as a team, which provides an elastic framework where applications are deployed and run. Dev acts as the root of expertise, which controls operational features: metrics, monitoring, and many other tasks. Additionally, Dev communicates with the IaaS team, a subtype of Dev team that follows customary practices such as TTD, iterative development, and CI.

Container Collaboration can be successful because of the function of the container, which represents a dividing line between the obligations of Dev and Ops. It excludes the necessity for Dev and Ops to collaborate by compacting the developmental and durational stipulation of an app into some type of container. If the engineering culture is sound, this topology model will function correctly.

The Site Reliability Engineering (SRE) team solution is only convenient for businesses with great organizational maturity, as well as a high degree of engineering. This model enables the Dev team to independently run the software without any interference. The Dev team provides feedback to the SRE team, informing them that there are no existing issues with their software. If the SRE team is satisfied with the achieved standards, they support the software in Production.

Smaller businesses are often financially constrained, lacking the resources or staff to take a leading role in the operational aspects of the software. In this case, the Dev team contacts a service provider, whose task is to help build the test environment and automate the infrastructure, as well as monitor the progress of the business. Also, service providers are useful consultants in discerning the types of key operational features for implementation during the software development period.

Nowadays, there is a variety of existing business models, thus many different types of DevOps topology organizations exist. It is important to first make an accurate and objective categorization of your business, in order to find the right DevOps topology type that will make a difference to your business.

Automation in the AWS Cloud

What Is Multi-Cloud Management?

What is Serverless Computing?