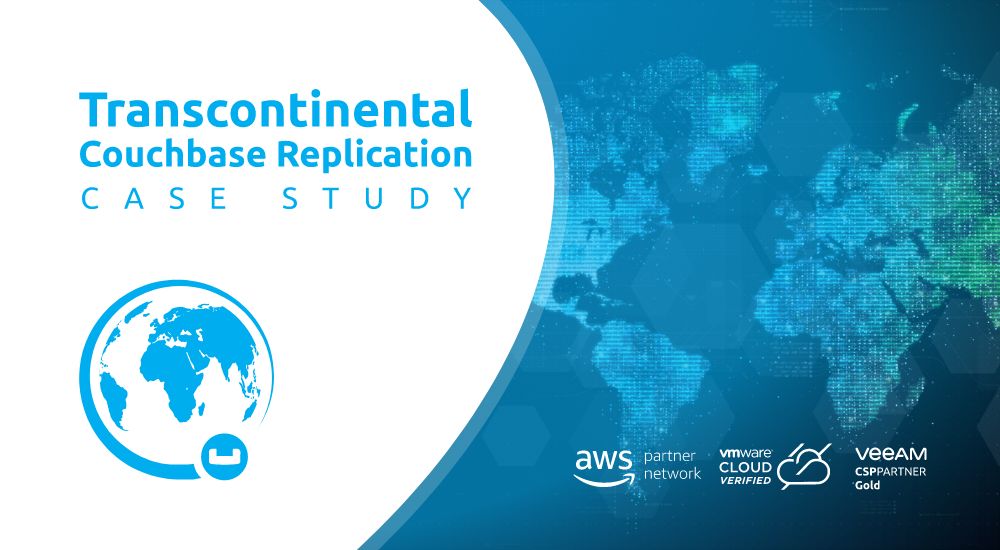 Dotmetrics is one of the leading audience measurement platforms in the world, it operates in 7 countries, and the company works hard on its global expansion.

We have been working with Dotmetrics for more than eight years. Recently, we successfully migrated their Adria measurement platform to AWS and then scaled the platform to meet the needs of UK audience measurement.

Recently, they approached us with a new problem. In 2021, the company won the tender for an official measurement system for the Australian media. They needed a solution to solve visitor data consolidation across two AWS geographic regions (Ireland, Sydney).

Dotmetrics is a software company specialized in audience measurement solutions based on BigData technology.

In 2012, the company took the opportunity to build an audience measurement solution with Google’s BigQuery. In 2013, Dotmetrics joined forces with Ipsos - the largest regional market research Agency. In 2015, Dotmetrics started official measurement in Croatia; other countries like Slovenia, Serbia, Bosnia and Herzegovina soon followed.

Today, Dotmetrics is one of the leading big-data site-centric audience measurement systems, operating in 7 countries.

In 2021. the company won the tender for official audience measurement of Australian media. To support Dotmetrics’s expansion, we deployed their solution on a cluster in the AWS Sidney region. The problem that we faced was the lack of user unification across different geographic regions. If the same webpage visitor visits the page in UK and Australia, the system detects two visitors, not one, although we are talking about the same visitor.

We needed to find a solution to replicate data across continents to identify visitors globally.

In our case, bidirectional replication was the key to solving Dotmetrics’s problem.

Dotmetrics’s existing solutions are already hosted in AWS Ireland region. The simplicity of deploying a new instance to a remote geographic region like Australia was the primary reason why we chose AWS once again.

By deploying the solution in the AWS Sidney region, we achieved low latencies and short response times.

An example of bidirectional replication between two data centers

The existing Adria and UK audience measurement solution is hosted in AWS Ireland. The new instance is deployed to the AWS Sydney region. These two instances are entirely independent of each other; they both have their own data processing and CI/CD procedures. The only thing these two instances have in common is the Couchbase data.

We used Couchbase’s “Cross Data Center Replication” (XDCR) feature for data replication. With bidirectional replication, data can be created and changed in any of the connected clusters - it does not matter where the data was created (master/master replication). The replication process is near real-time; it is asynchronous and takes a couple of seconds.

The bidirectional replication process can cause data conflicts. A conflict is caused when the source and target copies of an XDCR-replicated document are updated independently, each by a local application. The Couchbase system uses automated conflict resolution to resolve conflicts. 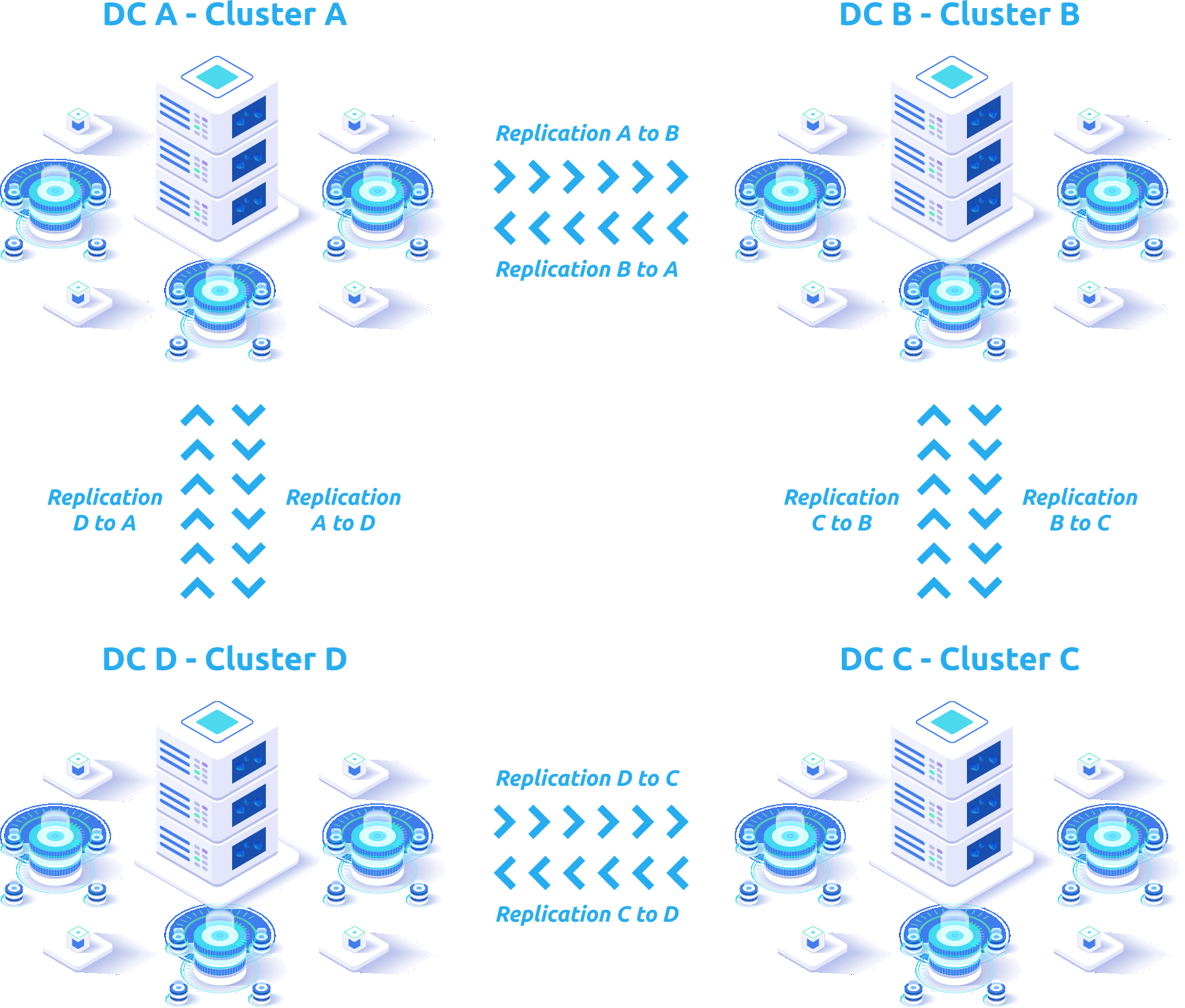 An example of ring topology (replication between multiple data centers)

The delivered solution solved the visitor data consolidation challenges and brought an increase in system stability and optimization.

Through the project, we optimized the number of data buckets and saved precious CPU resources.

In cooperation with the Couchbase team, we ensured the proper cluster sizing based on anticipated demand.

With this new version, we implemented fully managed backup to Amazon S3.

The Couchbase has been updated to the newest version (7.0), which is more stable than ever before.

The solution is designed with future needs in mind. The XDCR allows replication between multiple data centers, so we can easily add new instances in other geographic regions in the future.

In the design of this solution, we follow the best practices provided by the Couchbase team.

Heptabit is a company based in Croatia, focused on providing high-end IT services based on cloud technology. The company's strategy focuses on its own cloud solution called 'Hepta cloud' and Amazon AWS services.

With strong customer orientation, the company acts as a technology partner to its clients and provides a high level of expertise and knowledge in the domain of IT infrastructure solutions.

In 2018, the company joined Amazon Partner Network; since then, Heptabit steadily built its current position as one of the leading AWS partners in the CEE region.

The company's services are provided in accordance with the leading IT management and IT security ISO certificates (ISO 20000, ISO27000, ISO27017).